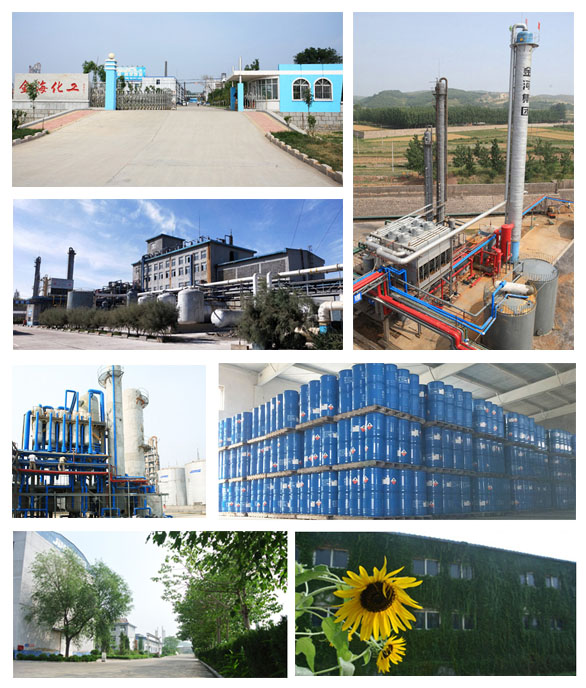 Yantai Jinhai Chemical Co., Ltd. is a modern private enterprise established via wholly purchasing the assets of the original Haiyang Fertilizer Plant in November 2004 by Shandong Jinhe Group. The Company has a registered capital of 5 million yuan and total assets of 200 million yuan. The factory covers an area of 200,000 square meters and has 198 employees, including 78 professional and technical personnel, with complete facilities such as water, electricity, furnace,heating and communication facilities, and the living infrastructure for the staff is consummate.

After the establishment of Jinhai Company, it firstly abandoned the 60,000 tons/year diammonium phosphate equipments which are high energy consumption and pollution in the original plant.In 2006, 20,000 tons of sulfur dioxide and 20,000 tons of sodium formate were put into production; in 2007, 20,000 tons of liquid carbon dioxide and 20,000 tons of sodium metabisulfite were put into production; in June 2008, the sodium hydrosulfite devices with a designed capacity of 50,000 tons/year was completed and put into production. The Company attaches great importance to energy saving and consumption reduction, actively fulfills its social responsibilities, and continuously explores new ideas and methods for energy-saving technological transformation, and has achieved encouraging results. In August 2008, the Company actively responded to the national call for energy conservation and environmental protection, and abandoned the 40,000 tons/year liquid ammonia equipments which are high energy consumption and pollution. For five consecutive years, the Company overfulfilled the energy-saving targets signed in the letter of responsibility with Haiyang Municipal Government.