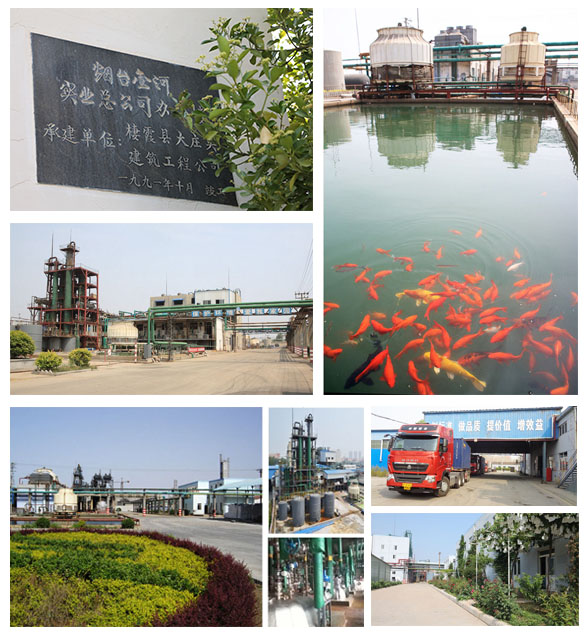 Yantai Jinhe Sodium Hydrosulfite Factory Co., Ltd. is one of the pillar enterprises of Jinhe Group. It was founded in June 1990, mainly produces “Gujin” brand sodium hydrosulfite, anhydrous sodium sulfite, etc. Among them, it can produce 100,000 tons of sodium hydrosulfite annually, the annual output value can be 800 million yuan, and 40 million USD of foreign exchange can be earned through export.The Company successfully developed the first food additive sodium hydrosulfite product in China in 2004. For more than ten years, the Company has been taking integrity as the basis, quality as the guarantee, and technology as the driving force, seizing opportunities, struggling to develop, and rising rapidly in the fierce market competition,has become the largest sodium hydrosulfite production base to the north of the Yangtze River in China, and the comprehensive strength has leaped to the second place in the world.

After years of persistent scientific and technological innovation, the Company has all the independent technologies of sodium hydrosulfite, 6 national invention patents in core technology, and participated in the formulation of 3 national standards for sodium hydrosulfite. The product has reached the HG2074-91 standard of the People’s Republic of China and the Japanese ISKl476-95 standard. It has successively won the “Shandong Science and Technology Progress Award”, “Shandong Famous Brand”, “China Famous Trademarks”, and “Yantai Science and Technology Progress Award”, etc. and it was listed into the “Trial Production Plan for National Key New Product”. The Company has successively won the titles of “Shandong Province High-tech Enterprise”, ‘Shandong Province AAA Credit Enterprise”, “Shandong Province Class A Tax Credit Rating Enterprise”, and “Yantai City Small and Medium Credit Enterprise”. “Gujin” sodium hydrosulfite has been exported to more than 60 countries and regions such as the United States, Japan, Germany, Canada, South Korea, India, Mexico, South Africa, Brazil, etc. It has become an excellent brand representing China’s national industry and enjoys a high reputation in the international market. “In sodium hydrosulfite industry,the world relies on China, and China relies on Jinhe”, this is the common view from domestic and foreign customers.